Well, I lost track of time and wasn't able to deliver the game a wanted it to be.

Currently, there is no sound, no "End" state and almost no balance, but most of the features I planned got implemented. Multiple types of towers, multiple types of enemies, cash to build and upgrade a tower, get cash back for selling a tower, take damage if enemies pass trough.

The camera in the wave phase is terrible... I planned it to fly through the maze along with enemies... =/

I hope to enjoy someone with this game, but to be honest, I achieved my goal of creating a Unity3D game from scratch, and the 64px constraint made everything really joyful!

I'll let people vote for a while before changing some game mechanics (hey, i'ts not fair if I update it after de deadline, right?! ;D ) but I'll try to fix any crash or blocking bugs ASAP.


So, today is UI day! I tried my best to make a minimal UI that can fit in the 64x64 resolution and don't disrupt the gameplay. Tomorrow I'll implement it.

The render resolution is working and the pixel font is ready.
I'm struggling with lightning and shadows, though... I'm pretty sure I'll sort it all later.


After 9 days lost in the dead zone, Minibit is back... With Creeps!
Today I got my way around and added enemy waves. 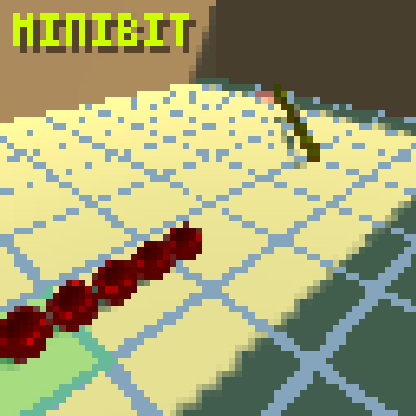 
Nice progress today! I've managed to create some basic camera controls for build and wave phases and a path finding algorithm (A*). Also, I got a nice grid laid down to show where you can put your towers.

Tomorrow I'll try to implement some basic (placeholder) models and hopefully my first wave of creeps!


Today was a bit technical day, 'cause all I've done was set up my environment in Unity.


Just started the game from scratch! This gonna be a good test on my skills with Unity3D (never made anything with it)...

Minibit is a 3D Tower Defense with really small graphics (is a #LOWREZJAM after all)! 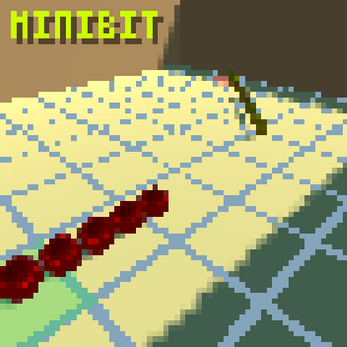